SALES OF MEDICAL MARIJUANA IN ILLINOIS CAN BEGIN MONDAY. BUT IT’S UNCLEAR WHEN OR IF THE DISPENSARY AUTHORIZED IN PEORIA WILL BE ABLE TO OPEN. 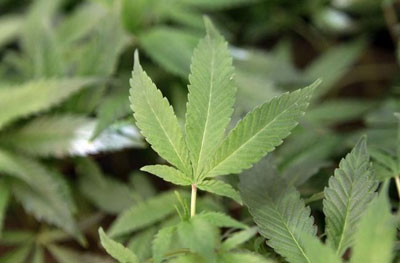 A dispute between the city and Trinity Compassionate Care Centers has resulted in legal action and a scheduled hearing next week in front of the municipal Zoning Board of Appeals. The validity of a city-issued zoning certificate appears to be the focus.

According to the city, Trinity did not establish its dispensary at 3125 N. University St. within one year after its zoning certificate was issued, per municipal regulation. The certificate expired Sept. 15.

According to Trinity, it received a city building permit for its facility, located in a strip mall just north of Forrest Hill Avenue. A lease was signed, remodeling took place and the city approved the facility for occupancy four days before the zoning certificate expired, according to court documents.

“It’s Trinity’s contention that they did everything they needed to do under the zoning certificate,” Mark Walton, a Peoria-based attorney for Trinity, said Friday.

Since September 2014, when the Trinity zoning certificate was issued, the civic procedure for approval of medical-marijuana facilities has changed. They are subject to public hearings. The City Council is to have final say, after the municipal Planning and Zoning Commission offers its recommendation.

Last December, the council authorized the change after it received complaints about the previous approval plan. Under that process, city staff determined dispensaries could locate in areas that also allow pharmacies. No council sanction was necessary.

The Trinity site was authorized in that manner. It is the only dispensary in Peoria County.

Issuance of a new zoning certificate would require Trinity to abide by the new approval process, according to a letter Community Development Director Ross Black sent dispensary representatives. The letter was dated Sept. 30.

“The real question in this one is when the city changes the zoning (procedure), how does that affect somebody that starts moving forward under the prior zoning,” Walton said.

When contacted Friday, Black declined to comment. The same day, state officials announced eight dispensaries will be allowed to sell medical pot next week, according to The Associated Press. By the end of this year, as many as 25 dispensaries might be authorized.

The preliminary injunction is in effect at least until the Zoning Board of Appeals makes a decision regarding Black’s ruling, according to Walton. The board meeting is scheduled for 1 p.m. Thursday at City Hall.

Board decisions are not subject to council review. The losing side can seek legal redress.